Visit our YouTube channel to watch past performances, live events and more! 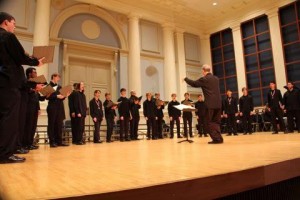 For over fifty years, the Boys Choir has served the Birmingham community offering the clear choral sound only created by young boys’ voices.  The tradition of boys and men singing together dates back to the 900’s, when it began in Europe.  In the late 1960’s, the Birmingham Boys Choir (BBC) was established at the Episcopal Church of the Advent by Reverend Allen Walker, an assistant to the Rector.  It was in 1973, with the impetus and help of a group of boys choir parents, the current iteration of the BBC began.  Through the efforts of those parents, the choir was incorporated as the Birmingham Boys Choir Foundation with the mission of supporting and furthering the unique sound of a boys choir and the efforts of training boys through music.  In 1978, the BBC Board hired Ken Berg to direct the choir, a part-time position.  Under his leadership and with the collaboration of his wife, Susan Berg, the choir grew, both in number but also in organization and recognition.  Summer camp training was added to the program as were tours – both around the United States and in foreign countries.  Throughout these years, the BBC was supported predominantly by tuition and the fundraising efforts of the boys and their parents.  The BBC Board, consisting of boys choir parents, worked to maintain and fund the mission of the choir.

During the early 2000’s, the BBC Board, in continuing recognition of the need to keep building and ensure the sustainability of the Birmingham Boys Choir, the Board embarked on a plan to accomplish these tasks.  The initial step was to hire Ken Berg as a full time director and established a long-range plan which would work towards growth and sustainability.  With a full-time music Director, the choir grew exponentially.  Four satellite rehearsal locations were set up in Homewood, Bluff Park, Chelsea and EPIC in downtown Birmingham.  The Board moved towards a more formalized, community-wide Board of Directors with the goal of increasing community interest and support for the Birmingham Boys Choir.  In 2014, the BBC hired its first ever Executive Director – Margaret Stinnett, who joined the Berg’s and Susan Simon in the day-to-day business of running a professional, non-profit organization.  From 26 choristers in 1978 to  150 choristers in 2015 – the BBC Board of Directors remains true to the mission summed in the statement, “It’s more than music; it’s training for life!”

*Of note – the original “Apollo Boys Choir” was founded in 1935 in Birmingham, Alabama under the direction of Mr. Coleman Cooper.  They were singing together through the 1950’s and are considered the original Birmingham Boys Choir.  We are very proud to be part of their wonderful history in the great city of Birmingham. 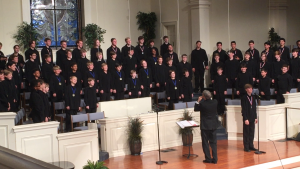 ← Back to Previous Page